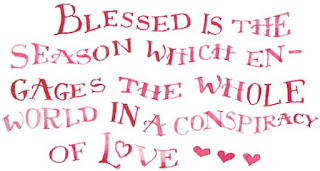 Holiday Decorations You Can Make Yourself

Little Christmas The Feast Of The Epiphany 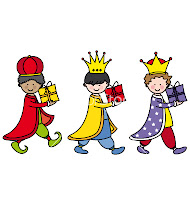 Dial 211 For Free Food And Other Social Services

★Links ♥ For Children, Parents And Educators★

Marine Toys For Tots ♥ It's That Time Of Year! 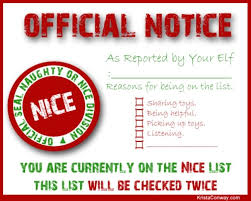 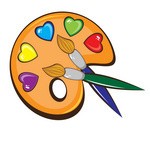 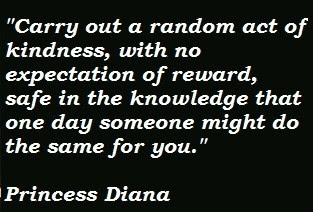 ☮Happy Hanukkah☮
Hanukkah is a Jewish festival. Hanukkah is also known as The Festival Of Lights, for its Miracles.


How To Light The Hanukkah Menorah​ 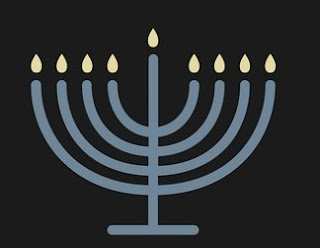 Yad Ezra V'Shulamit; provides food, clothing, psychological services and emergency relief to tens of thousands of Israeli children and their families each year.

Breaking Israel's Cycle Of Poverty, Through Charity.
Today's socio-economic environment in Israel; causes many challenges, to the day-to-day lives of many struggling families.

The consequences of this reality are devastating. Hundreds of thousands of children and families go without eating three proper meals per day. However, unfortunately it does not end with hunger. Hunger leads to depression, anxiety and puts kids at risk.

Yad Ezra V’Shulamit was founded in 1998 with the initial goal of providing immediate hunger relief to dozens of Israeli families in need.

While this goal was the primary focal point and will always be considered to be part of the organization’s future donations, it was not the only aspect of the long term plan. This would go on; to include, after school educational programs, academic enrichment via personalized tutoring, professional guidance, and activities for teens at risk. ♥☮Peace, For Israel And Palestine☮♥

♥Bubbe♥Zayde♥
♥Adopt A Bubbe  And  Or A Zayde♥ For Your Loved Ones. In Their Honor.  A Gift, They Won't Want To Exchange!
(Suitable. for any occasion).

Assisting Jews in the Former Soviet Union since 1975
The Adopt a Bubbe (And Or, A Zayde) program reaches out to elderly Jews and the handicapped in Ukraine and Belarus.

"Action" recruits coordinators; who know their Jewish community, and asks them to find the most vulnerable Jewish retirees who need help.

Many live on their own in poor conditions and some are unable to leave their homes.
With "Action" funds, coordinators purchase and deliver fresh fruits, vegetables, cheese and meats directly to their homes.

When needed, "Action" has also provided eyeglasses or hearing aids, a lamp to read by, or coal for heat in the winter months.

One could almost say that; Action For Post-Soviet Jewry, works with clients one shovel or one fresh chicken, or one pair of eyeglasses at a time. I , have no association with this organization. I just think it's a great charity. 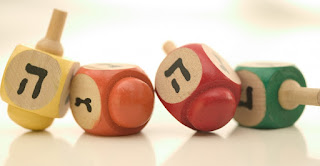 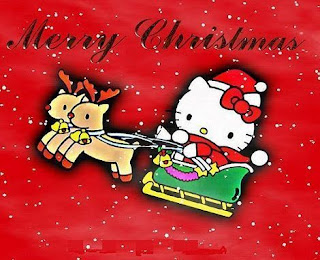 
How To Apply For A Habitat For Humanity House

Where Habitat For Humanity Builds: United States And Canada


10 Steps To Starting a Business 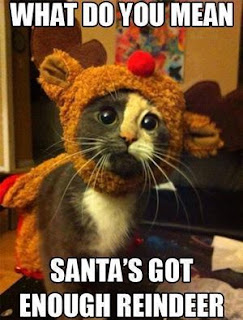 ♥Merry Christmas Joe♥ Just in Case; You Forgot, Again♥
Gov't And Social Services Links For Our Marines♥ All Our ♥Troops And ♥Veterans 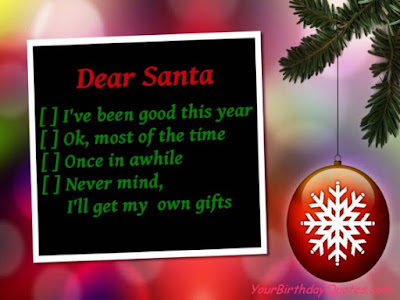 I Celebrate Christmas And Hanukkah. I’m ½ Irish and ½ Jewish. I Celebrate Kwanzaa too; “In Spirit,” with my friends.

I had an Irish Mother and A Jewish Father.

My Irish Grandfather; Michael Murphy, worked on the Central Railroad, in Jersey City, NJ (100 years ago). Unloading box cars with a big hook.
He and his fellow workers, sweltered in the summer and froze in the winter!
Videos

My Jewish Grandmother; Sarah, was a Orthodox Rabbi's, Daughter. She and her family immigrated, from Latvia to New York City about 1880.

My Grandfather Nathan; came all the way from Russia as a young man, all by himself! He had a Brother already living in Connecticut. Around the 1880's too.

I know he, (Nathan) and my Grandmother were married before 1888. Because he always said my Father's older Sister Florence, was born during the Great Blizzard of 88. Photos

I learned how to use a computer for the first time in March, 2008. Never touched one before. But; I'm fast, on a typewriter.

I started blogging, because I wanted to help our Troops and Veterans and The Young People Everywhere.

Politically; the good of the people, is my concern, as a Sociologist.

I'm from New Jersey; aka The Garden State, but not called that, recently.
I lived in Northern NJ - (Bayonne, Hudson County) and Southern NJ - (Bricktownship, Ocean County).

Having seen how beautiful untouched nature is and then seeing how big energy destroys, I'm an environmentalist.

I was always the way I am now.

From when I was a baby; until 2nd grade (when we moved down to South Jersey). I spent a lot of time being dragged around in one of my Father's bars.

When I was little; 5, years old, some of the local/neighborhood guys (customers), used to scream every time I walked in the door with my Mother.

Epithets like; "Oh no, the holy terrors here, or "Oh no, it's the little hurricane." They had several, names for me. Total exaggerations!

I promptly squirted them, with my little red water gun.
My Mother would say "don't shoot the boys with your water gun," but I did anyway.

I didn't want to even be there. I would have rather been home, coloring in my coloring books with my box of, 64 Crayolas or watching tv.

I wasn’t,  anti-social. I had tons of Sailor friends who used to take me to the toy store and buy me anything I wanted.

No one was allowed to have a beer until they did.
Well ok; one, or two.

Guess that’s why I like to tell people about organizations like, Toys For Tots. I want, all Children to be able to experience the joys of childhood. One; being, getting a toy, they like.

The bar was about 5 blocks from our town's; then, Naval base. I knew Sailors from all over the world. My best friend, was from the Cayman Islands.

I wasn't spoiled either. Half my toys, used to always disappear. I had lots of poor cousins. One of my Aunt's, had 10 children.

As everyone knew my Father and Mother, everywhere. They all knew me on sight. So I could never get away with anything. Even though I did get attention and away with a lot.

The Irish Chaplaincy Project; is a charity, that provides services and support to excluded vulnerable and isolated people; in the Irish Community in Britian. Contact

On The Road Podcast, One Call Away-The Helpline To Support Gypsy And Travellers, At The Traveller Movement Conference. Traveller Equality (@GRTEquality) Twitter / Facebook

Mission
Irish Chaplaincy's work is made possible through the support and commitment of many people who share our passion for journeying with Irish immigrants in Britain.

The reality of life in Britain today for many Irish emigrants is not the migrant’s dream. Many of those who came to England in the 1950s and 1960s face isolation and severe poverty; over 1,000 Irish men and women are in custody; and Irish Travelers remain among the most marginalized groups in society.

Merry Christmas And Happy New Year In Many Languages / More 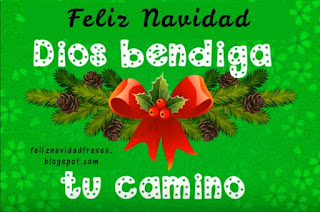 Video is loud you might want to turn your sound down. 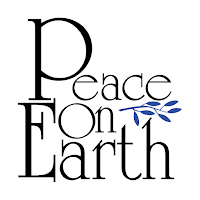 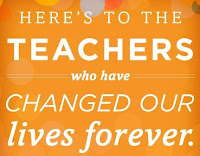 Essential Oils That Are Harmful To Pets / More Info 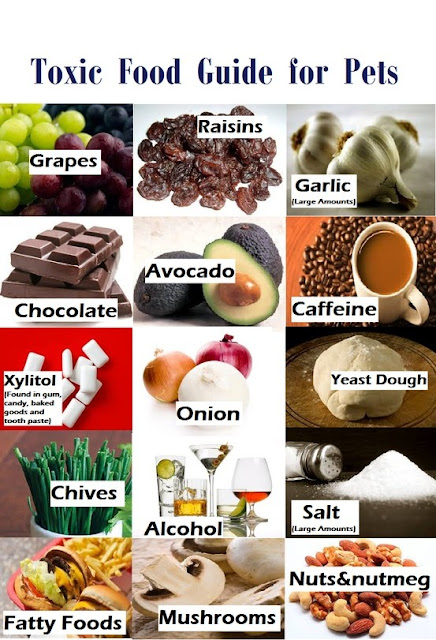 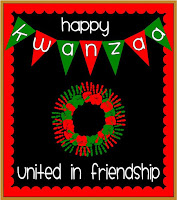 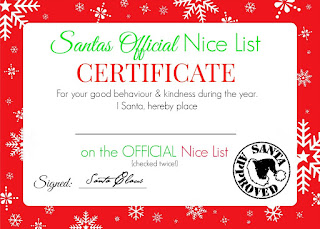 Holiday Decorations You Can Make Yourself 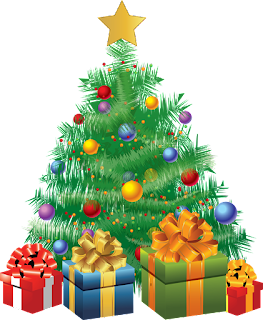 ★Links ♥ For Children, Parents And Educators★

♥♥ More-Cool Charities
This video is loud. You might want to turn the sound down. Even with the crowd noise, it's just too fabulous not to include. Such beautiful, talented young people♥


♥♥♥♥♥
And
Take to the Hills; is a Douglas, Arizona based project that collects clothing, food, water, blankets, building supplies, medical supplies, school supplies and other items then delivers them directly to communities in the Sierra Madres, Sierra Alta, Rio Sonora and other regions of northern Mexico. 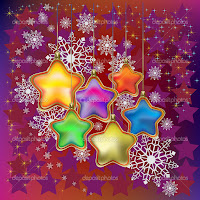 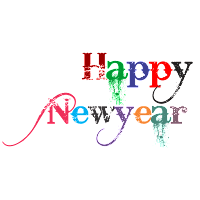 ga*
Bayonne, Hudson County, NJ, United States
♥For My Constant Muse-Dr Theodore Adams, Professor of Sociology♥ Act Now, Together we can bring Peace to this Crazy World. Blessed are the Peacemakers for they shall be called the Children of God. I often use music in my blog, because music is universal. It says what I would like to say, although these great talents say it much more eloquently than I could. I Love good people. I've met all kinds and I think that people are all the same. There are good ones and not so good ones, etc. But, the good ones far outnumber the bad ones. Gandhi said, Be the change you want to see in the world. If you like my blog send a dollar (or more), directly to one of the charities. Feel Great for a dollar! Peace